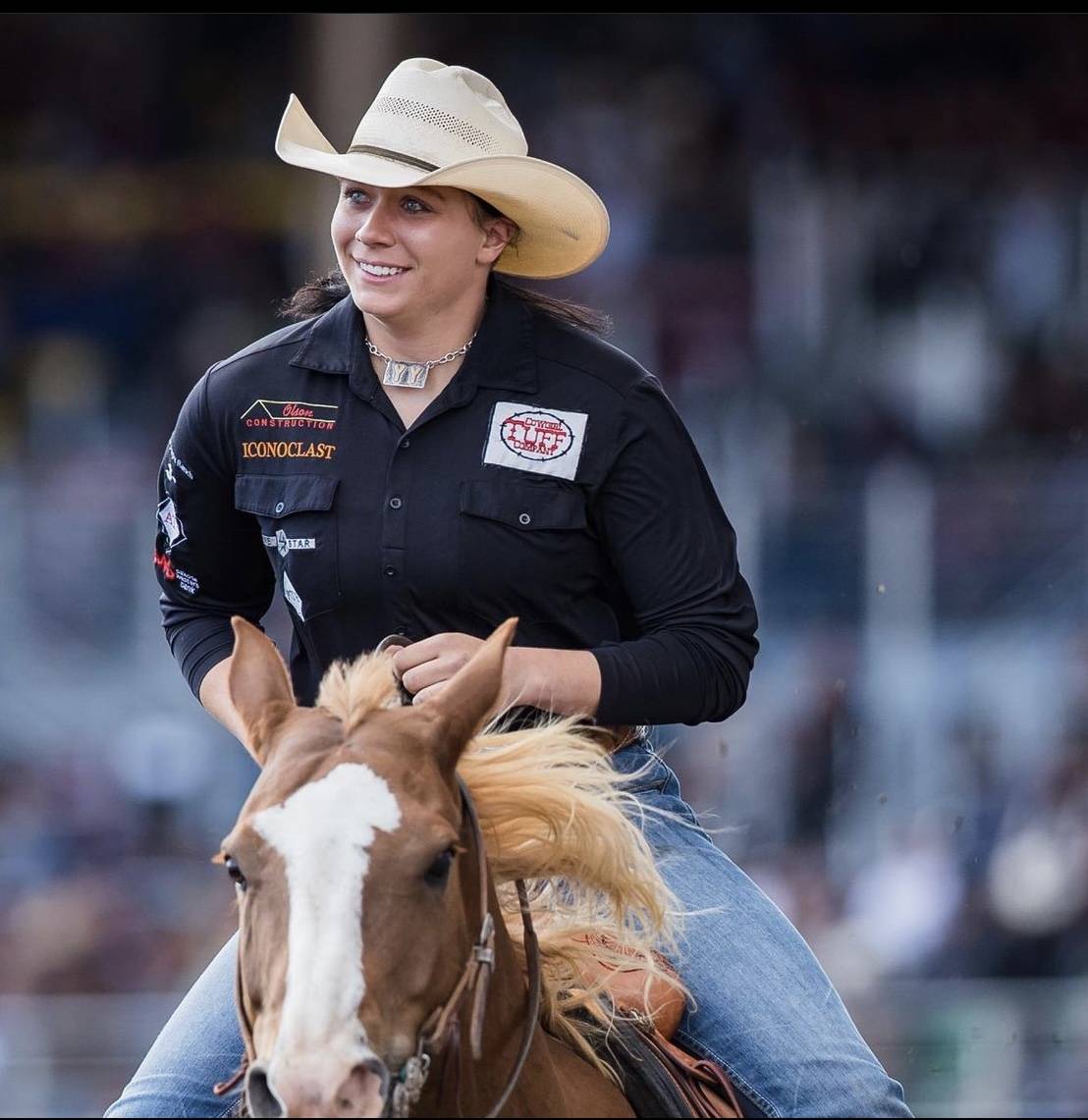 IN HER OWN WORDS

"You've got to have confidence in what you're doing. If you're surprised every time you win, you won't win very much."

Sawyer Gilbert waits a couple of seconds before answering the question. The breakaway roping sensation is carefully thinking about her response. It’s the first time during the discussion that she hesitates.

“That I don’t have one,” she finally says. “Sometimes that makes me a little afraid.”

Gilbert was sitting at 100th in the world in her sport last June, a 19-year-old who knew that if she stuck to her plan, good things would happen. If she could string together some wins, she knew she was still in the race to qualify for the NFR in December in Vegas. Failure? Well, it wasn’t really an option.

“You set your goals and you achieve them,” says Gilbert, who is now ranked No. 2. “That’s what builds your confidence, and you just get better.”

Gilbert, who has been in her home state of South Dakota and “roping a bunch,” is on track to have a stellar career, and it’s all coming very fast for someone who only a year ago was competing on her college rodeo team. School, as she said, had its priorities, and that is not what she wanted to be doing. Credit Gilbert’s father, Lloyd, her professed “best friend,” for instilling in her steely resolve.

“We’re kind of cut from the same cloth,” she says of Lloyd, who works with her on her roping. “We argue all the time, but it’s mostly because we’re bored and we need something to talk about.”

As she readies to compete in Las Vegas in October and December, Gilbert doesn’t stop to think about what lies ahead. And she certainly isn’t afraid of the spotlight. Like she said, she doesn’t seem to be afraid of anything.

“It’s like I have a one track mind,” she explains. “I never think about fear, and so it doesn’t exist.”